Things have been a tad delayed concerning the forthcoming big news. I had hoped something would have been made official already, but sometimes things can get pushed back a bit. That said, I didn’t want my Chadhiyana fans to be left wondering why no pages have been posted since late December and what with no further word about the future of Chadhiyana. After all, I’ve said this big news concerns her very much. So, with that in mind, I give you a preview and perhaps an even bigger hint at the nature of said news.

Though indeed I’ve taken a break from working on Chadhiyana: In the Company of Shadows pages the past month, I have been hard at work on Chadhiyana, nonetheless. Again, I can’t get into specifics just yet about the forthcoming news, but some searching the internet might give you some clues, as well as the post I made on Facebook, Twitter and Google+ last Tuesday which included the following sketch. 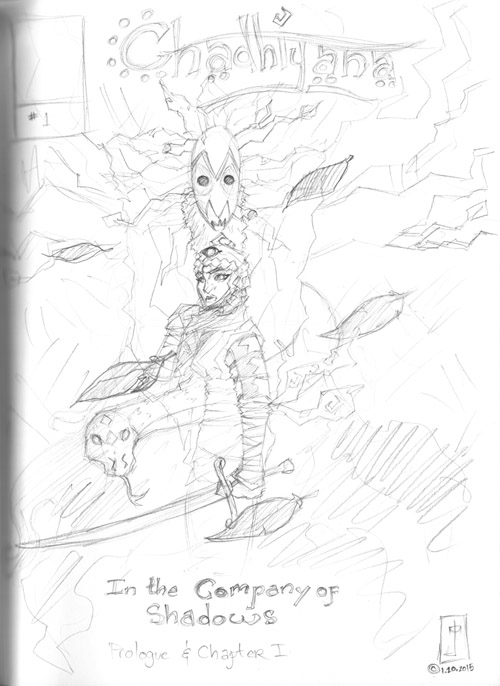 As it is, besides working on two new Chadhiyana stories (though, in the past, I have only alluded to one, there is a second in the works as well), I’ve been sketching ideas for two new pieces of Chadhiyana artwork. As you can see, new stories or not, the above piece relates directly to Chadhiyana: In the Company of Shadows, and if you look closely at the piece, you should be able to start working out what exactly this piece is for. What’s more, the sketch for the second piece (below) holds an additional hint about the forthcoming news as well. 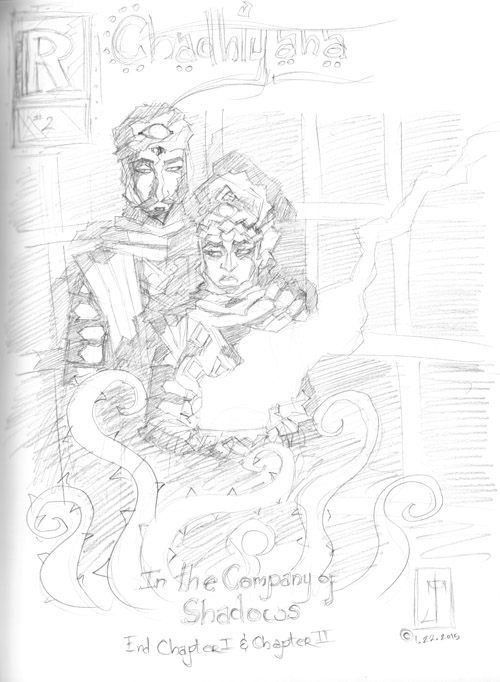 Though I have all the faith in the world that things are going to work out as planned, until things are official, I can’t do more than merely drop hints. I hope today’s news will offer enough to at least keep your interest piqued and assure you that Chadhiyana: In the Company of Shadows will continue publishing, but you just may have to be a little patient before Chapter III begins.

That’s all I can say for now. I hope I’m not torturing you too much. If anything, I’m excited. I hope you all are too.

Back to Top | No Comments
Tags: Chadhiyana, Chadhiyana: In the Company of Shadows, Facebook, Google+, Twitter
Cancel Reply