This encyclopedia will be an ever-growing reference document for the Chadhiyana series. Most especially, it will contain an up-to-date index of the names of people, places and things in Chadhiyana’s world, straightforward pronunciation guides for said names, and brief descriptions under each entry.

The following is a list of published Chadhiyana stories, including brief descriptions, what publication they appear in and also an abbreviated name (following the title in brackets) to be used to cross-reference against the Index of Names listed further below. 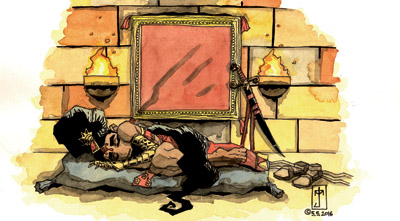 Chadhiyana: In the Company of Shadows [CoS] – the first graphic novel in the series. It began as a web-comic on chadhiyana.com and has since been picked up by Rosarium Publishing for serialization. Begins in Chadhiyana #1.

Chadhiyana and the Serpent [Serp] – the second Chadhiyana story, appearing with A Saviour in the Dark in Chadhiyana #0 (the first Chadhiyana comic, self-published by creator J. M. DeSantis).

INDEX OF NAMES, PLACES & THINGS IN THE WORLD OF CHADHIYANA
(in alphabetical order)

The following list includes all of the people, place and important thing names from the fantasy world of the Chadhiyana series (thus far published). Following each entry a bracket is included with the initials of the story(ies) in which the character, place or thing appears. Use the above list of Chadhiyana stories to cross-reference these names.

A Note on Pronunciation

Throughout the story of Chadhiyana, the reader will be presented with unfamiliar names and languages. Some pains have been taken to transliterate these names and languages into a system somewhat reminiscent of languages existing in the world today. Despite this device, many may still find certain names difficult to work out. Included with each name entry are simple, phonetic pronunciation guides. These guides follow each name, in parentheses, and are broken up by syllables as well.

Aghaal-Paraag (uhg-hahl puh-rahg) – A Primeval Demon who once terrorised the lands to the Far South. Worshipped by cannibal tribes and had Himself a gluttonous appetite for flesh. Sealed away long ago, but threatening to return. [CoS]

Amunkham(ris) (ah-moon-kahm-<rees>) – The name of an ancient, and long fallen, empire. [CoS, Serp]

Azutymun (ah-zoo-ti-moon) – A queen and goddess worshipped by the Amunkhamris Empire. [mentioned only by name in CoS] 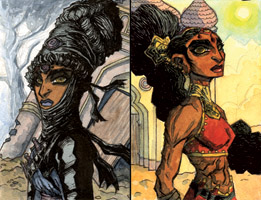 Chadhiyanaburnal (alt: Chaadhiyaanaburnaal; chah-di-yah-nuh-boor-nahl) – The Life of Chadhiyana; the name given to the collective legends of the historical woman. [all Chadhiyana stories are a part of this, collectively; specifically mentioned by name in CoS]

Dark, the – An ancient power, first of all things. Existed even before the World or the Englari. A power worshipped and used by the Tal-Ifatiir. Not inherently evil, but was corrupted by the Great Enemy long ago, thus making it a source of much apprehension for some. [CoS]

Englari (en-glah-ree) – Another name for the Injalaar. Mysterious, powerful beings, no longer taking part in the world, though said to still have influence therein. Sometimes referred to as gods. [CoS, Serp] (see Injalaar) 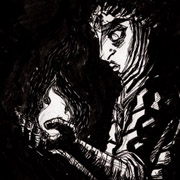 First Flame, the – A sacred fire, first of all flames lit upon the World. Given life by the Englari. [CoS, Serp] (see also: Silario, Praveetiram, Praveetiraam Taadhree) 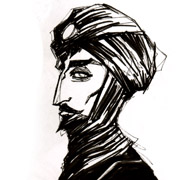 Judukidejo (joo-doo-kee-deh-joh) – A watchtower built upon the edge of Aghaal-Paraag’s lands of old. Was in use until the Primeval Demon was thrown down. [CoS] 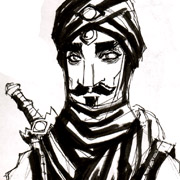 Nogruloch (noh-groo-lohk) – Another name for Sagreembal, in the Dark Speech of the Great Enemy. [Serp]

Praveetiraam Taadhree (pruh-vee-ti-rahm tahd-ree) – The Tale of the Sacred Fire. An account of the entire history of the First Flame. [CoS]

Pyromancy – A commonly known study of Fire as a magical weapon. [CoS]

Shadow-Fataar (fuh-tahr) – A member of the Tal-Ifatiir, hailing from the far southern lands where dwell a tribal people. [CoS] 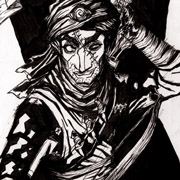 Shadow-Ghanim (gah-nihm) – Scout and ranger for the Tal-Ifatiir. Bears a deep scar across his face. Suspicious and cunning. Shadow-Gaanim is the most outspoken member against Chadhiyana and the quest to destroy Aghaal-Paraag. He is often at odds with Shadow-Taaril. [CoS]

Shadow-Haadir (hah-dir) – Shadow of the Tal-Ifatiir with an unorthodox way of operating. Said to have had many vices. Haadir was friends with both fellow shadows Ghanim and Taaril, though the two were often at odds. [CoS] 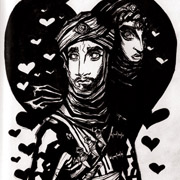 Shadow-Taaril (tah-rihl) – Loyal warrior of the Tal-Ifatiir. Taaril is said to be one of the next Shadows in line to become a Master of the Order. [CoS]

Tal-Ifatiir (tuhl i-fuh-teer) – translation: As Shadows; from the longer name meaning To Walk as Shadows. An organisation which uses the Uncorrupted Dark to combat evil. [C0S]

Taleem (alt: Taaleem; tah-leem) – A child who was killed by Sagreembal. [Serp] 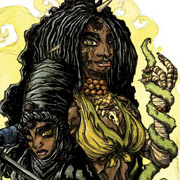 Witch, the – A sorceress and servant of the Primeval Demon, Aghaal-Paraag. Captured by the Tal-Ifatiir at the start of the Company of Shadows series. Meant to be a sacrifice in order to destroy Aghaal-Paraag. [CoS]