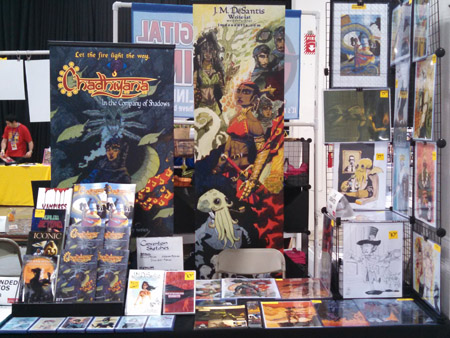 It’s Monday morning (Tuesday for you, reader), and I’m back in the studio again for a week before I’m off to yet another convention. This Saturday is the Inbeon Con: Summer Edition (inbeoncon.com), and it will be my last con until New York Comic Con in October. (Again, sorry folks, I won’t be able to make Baltimore Comic-Con because of a wedding I’m in that weekend.) But before all of that, I wanted to thank everyone who attended the Boston Comic Con and helped make this such a successful show!

As I’ve said in the past, Boston is my favourite city (despite living close to New York), and the Comic Con up there has always been good to me since I started doing it in 2013. The people are friendly and supportive, the convention hosts are great, the location is just right. I could go on and on, but suffice to say it is one of my favourite shows to do (along with Baltimore Comic-Con, so it’s regrettable I won’t be able to do it this year). 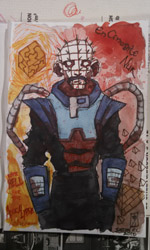 That said, this year was especially good (and that was the talk of every artist I spoke to). I met a lot of great new people, caught up with a few old friends, and even (hopefully) gained a few more Chadhiyana fans in the process. Despite the fact that I didn’t stay an extra two days to vacation there this year, it was a busy weekend, with so many highlights it’s difficult to write about them all (if you follow me on social media, you would have seen).

So, let me just try and sum it up as best I can. Thanks to E. J. Barnes for the dinner invite on Saturday night. It was great to catch up with you and meet some other artists and writers I hadn’t known before. Eric Hutchison, as always, for his continued support (and host of the Inbeon Con, incidentally). Both gentlemen who asked me to do commissions (the Pinhead-Apocalypse mash-up and Juri Han respectively); they were a lot of fun. 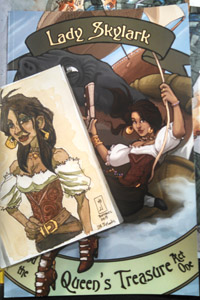 John Grimshaw, who perhaps stands out as my biggest Chadhiyana fan. Thanks also for being the first person who brought books to a convention for me to sign. Jackie Musto who asked me to draw her Lady Skylark–another comic book heroine-of-colour. I’m looking forward to reading the book and matching your pace. Two series simultaneously and three pages a week, plus teaching and freelancing? I need to get faster. Mark McKenna (again) for always being so friendly. A lot of others, to be sure: Kimbo Henry, Brian Bixby, Ryan Browne, my table-neighbor, Scott Wauchope.

And of course, all of the attendees and convention staff, in general, especially those who decided to pick up a copy of either (or both) Chadhiyana issues. I’ve never been so passionate about a single creation of mine, so I’m glad people are giving her a chance.

Well, that’s all for this week. I’ve got a lot to get done before Saturday. Hopefully I’ll see some of you come out for Inbeon Con. 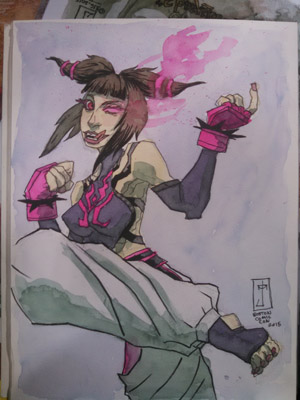