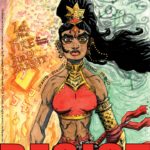 In support of the recent movements such as the Women’s March across the country (and the world) and the resistance of the Muslim and immigrant ban, as well as any movement going forward which seeks resist to exclusion or mistreatment based on race, sex, creed or culture, a new piece of Chadhiyana artwork has been created for personal and internet sharing. Chadhiyana: Resist (in two variations) can be downloaded below and used freely (please retain the copyright information). More, next month, I’ll be appearing at a convention (and speaking on a number of panels) in just a few short weeks.

On February 18th and 19th, I’m exhibiting at the No Such Con held at Vassar College in Poughkeepsie, New York (the con also runs on the Friday the 17th, though I can only attend Saturday and Sunday). I’m also set to speak on the con’s panels for writers and artists (respectively), as well as possibly two other panels of my own choosing (yet to be decided, though very probably Chadhiyana will be discussed at one or both of these). Though an official schedule has not been released, you can find the con on EventBrite (eventbrite.com/e/no-such-con-2017-tickets-30432676956) and Facebook (facebook.com/nosuchconvention/).

As for the aforementioned artwork, you have your choice of Chadhiyana: Resist with or without a border: 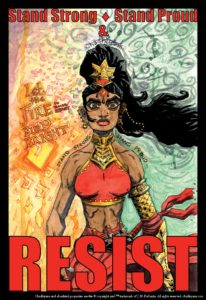 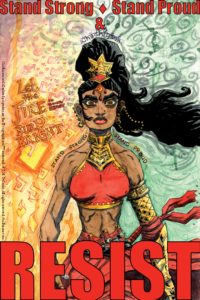 I wrote a more extensively about both this artwork (as well as why Chadhiyana is a perfect symbol for this sort of message) and the upcoming con on jmdesantis.com (my main website and blog), so if you want to read more, visit the site. Otherwise, enjoy this new, bold piece of Chadhiyana art and hopefully a number of you can make it out to Poughkeepsie in February.

See you there, and as the artwork says: stand strong, stand proud! I mean that, sincerely.