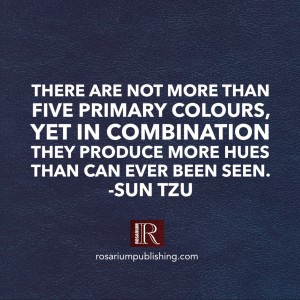 Today is a very special day for me and Chadhiyana (my medieval Indian assassin comic). Not only has Chadhiyana #4 been given a release date of April 27th, but Rosarium Publishing (Chadhiyana’s publisher) has launched a massive crowdfunding campaign in order to reach the next level in its growth as a publisher: indiegogo.com/projects/rosarium-publishing-the-next-level (appropriately named Rosarium Publishing: The Next Level). END_OF_DOCUMENT_TOKEN_TO_BE_REPLACED

The New Year has only just begun, and already there are some big things on the horizon. Within just a short period of time, the long-awaited third issue of Chadhiyana is going to be released, and I’ll be making an appearance at another comic book event. So get your calendars out. It’s time to start marking down a few important dates.  END_OF_DOCUMENT_TOKEN_TO_BE_REPLACED

The end of the year is fast approaching, and typically the last three weeks are planned out for an end-of-year reflection post, a Happy Holidays post, and a Happy New Years post (in that order)–on jmdesantis.com, that is, where I blog weekly. So that leaves this week as the last week of the year for any topic I choose, and I haven’t put out any information on the state or release of Chadhiyana #3. I don’t have any official news yet, but I will give you all a bit of something, rather than remaining silent until the first full week in January. END_OF_DOCUMENT_TOKEN_TO_BE_REPLACED

Chadhiyana #1 was officially been out for a week (through Rosarium Publishing), but there’s still more to come. Late last week, the first issue of Chadhiyana: In the Company of Shadows was added to comiXology.com and even earned a mention on the comiXologist post-San Diego Comic-Con podcast! More, this weekend begins a three-week-straight convention tour for Chadhiyana and myself. END_OF_DOCUMENT_TOKEN_TO_BE_REPLACED

Of course, if you follow this blog and my social media posts, you know that the book has been out for ten days already (on IndyPlanet.com and Amazon.com). Hopefully you’ve already purchased, read and enjoyed it. If you haven’t, today’s blog post is especially for you. END_OF_DOCUMENT_TOKEN_TO_BE_REPLACED

If you missed my post last Thursday on Facebook, Twitter and Google+, I mentioned that there was a certain document of interest which was placed in my e-mail last week. That particular document is the harbinger of the big news I’ve had coming for a long time. The end is nigh. And with that, some changes have been made in preparation for its coming. END_OF_DOCUMENT_TOKEN_TO_BE_REPLACED

Not to worry folks; the change is a good one. Because one page at the beginning of the book had to be extended to two pages, the Chadhiyana graphic novel web-comic, Chadhiyana: In the Company of Shadows, will begin posting on Tuesday, October 1st. That means an earlier release date and an extra page next week. Everything else will remain as it was outlined in yesterday’s post. So make sure you come back on Tuesday for the first posting (the cover of the book) and help celebrate the start of a new chapter in Chadhiyana’s story (both literally and figuratively).

Back to Top | No Comments
Tags: Chadhiyana, graphic novel, web-comic

For some weeks now, J. M. DeSantis has been giving regular updates on his blog (on jmdesantis.com) as to the progress of the Chadhiyana graphic novel, Chadhiyana: In the Company of Shadows. As it has been previously announced there, the graphic novel will be published regularly as a web-comic as the creator works on the project, grows an audience for Chadhiyana and finds a publisher for this and future books. This website will be the home of that web-comic.

The exact date of the launch of the web-comic is yet to be determined; however, it has been J. M. DeSantis’s plan all along to have the web-comic ready for the 2013 New York Comic Con (as the first comic debuted at NYCC 2012). That said, keep checking jmdesantis.com for weekly updates as to the progress on the book and expect the first pages of the comic to be posted very soon.