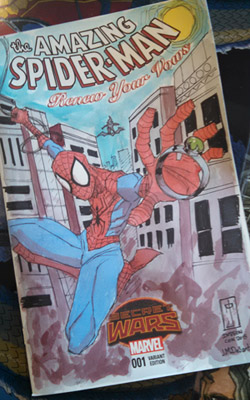 Like a lot of shows I’ve been doing this year, Inbeon Con was much smaller than shows like New York Comic Con (well, really, what show isn’t smaller than NYCC?) or even Boston Comic Con. Though, I’m finding sometimes the smaller shows turn out to be a bigger success than the larger ones, especially one day shows as they tend to be the most intimate between the attendees and the exhibitors and there’s less competition at the show. END_OF_DOCUMENT_TOKEN_TO_BE_REPLACED