As I’ve written about before, I had taken a break from both projects, but intended to come back to them. Gentleman Cthulhu began his return with new comics posting since August of this year, and Chadhiyana will return in a new series next year through (my) Dark Fire Press (darkfirepress.com). And for you Chadhiyana fans, today’s post is mostly about the upcoming series. 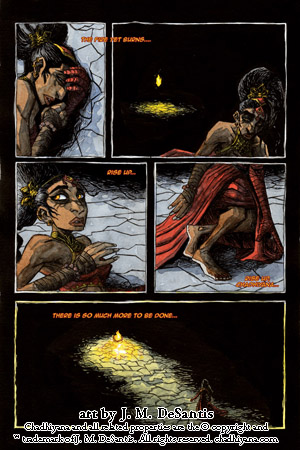 All told, there will be nine new stories spread over the five issues, with The Call of Fire and one or two additional shorts included in the final collection. All stories are written by me, with some of the art as well, but I’ve brought in some help on this one as I’d always intended with some of the shorter stories and arcs, and there are some great people I’ve been wanting to work with, especially on Chadhiyana. 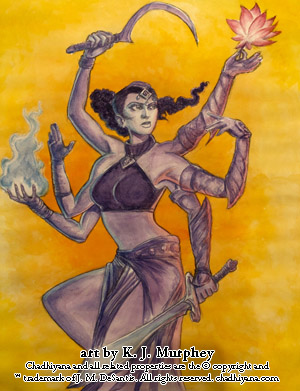 The artists attached to the project so far are Jackie Musto (of kayandp.com; Instagram @kayandp), Dana Sanguir (danasanguir.wixsite.com; IG: @thetunnelsnakes), Sha-Nee Williams (IG: @shaneew25), K. J. Murphey (of TORN and Guild Works Publications; IG: @comicarttherapyguy), and Corey Breen (designer of the Chadhiyana logo and industry vet; cjbpro.blogspot.com). More names will be announced, and there are a few I’m speaking to even as of this writing. Issue titles are still working, but a quick glance at the series is such: 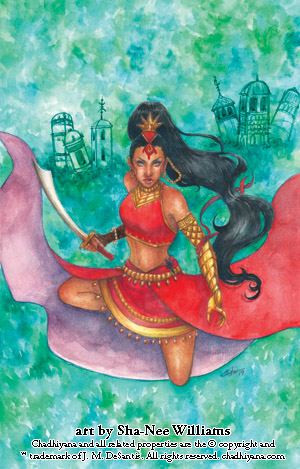 The stories in this series take place at different times in Chadhiyana’s overall saga, each tale being a stand-alone but also giving information about and an idea of the scope of the larger series. Even some references will be made to In the Company of Shadows. Issues 3 and 4 will also feature secondary characters that Chadhiyana teams up with (whom I’ve had planned for some years now).

As for the former series, In the Company of Shadows, it’s still an important part of Chadhiyana’s saga (being essentially her “origin”). If you were reading and enjoying it, I will without a doubt go back to finish it (and actually improve it, including fixing many of the glaring, confusing story issues). But as I’ve written before, I needed to step back from that arc temporarily. 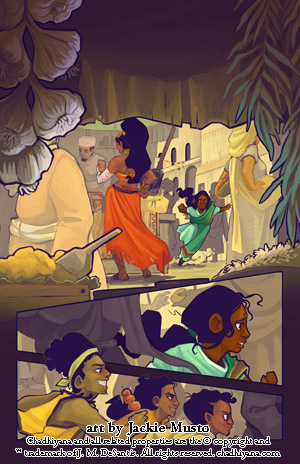 In light of that, and wanting to return to writing about Chadhiyana, this new series was carefully planned out to give returning readers something new and satisfying whilst giving new readers a great place to start.

I’m very excited with everything that’s happening so far with the series, and I hope returning fans will be too. As for the new readership, I think you’ll be hooked with what I have in store.

But I don’t want to write too much more about it. Expect more news as the release of the first official issue draws near, and enjoy the little teaser comic, Chadhiyana: The Call of Fire (chadhiyana.com/webcomics/the-call-of-fire-page-1/), in the meanwhile.